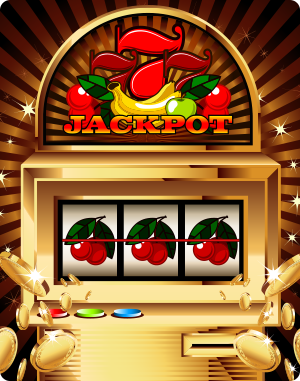 On Saturday evening, 9 November, the Olympic Mystery Jackpot of LVL 99,758.57 (EUR 141,943.66) was won at the Olympic Voodoo Casino in Riga, Radisson Blue Hotel Latvia, by a 45-year-old woman from Riga who wanted to remain anonymous. The lucky winner was a first-time visitor to the casino accompanying her companion who was participating in a poker tournament. The lady told representatives of Olympic Casino Latvia that she had persuaded her partner to take her with him to see what a casino looked like, because she had never been to one before. She had put in 30 lats before the lucky five lats with which she hit the jackpot. Then she heard a loud bell but did not understand what it meant until casino employees informed her of the win. The lucky lady from Riga is planning to spend her win on the purchase of real estate she has been dreaming of for a long time.

Gints Pakārklis, Chairman of the board of Olympic Casino Latvia, “We are very happy that the big jackpot was scooped in a movie-like scenario by a first-time visitor to the casino, who at the moment of winning has no clue about what has happened, and after being informed, is still looking around for hidden cameras because it is so hard to believe that “You have just won 100 thousand lats” really isn’t joke at all.”

The Olympic Mystery Jackpot can be hit on any slot machine of Olympic Casino Latvia, even with a minimum bet of LVL 0.01.

As on 30 September 2013, OCL had 1001 slot machines and 18 gambling tables. As at the end of September this year, OCL employed 662 staff. OCL turnover for the first nine months of 2013 rose to LVL 19.3 million which is 11.8 % more than during the same time period last year. Last year OCL market share by net turnover was 21 %. Olympic Casino Latvia is a socially responsible company put on the so-called White List by the State Revenue Service.

About Olympic Entertainment Group
Olympic Entertainment Group (OEG) is the leading provider of gaming services in Central Europe working in Latvia, Lithuania, Estonia, Poland, Slovakia, Belarus and Italy and employing more than 2,500 staff. OEG is a member of the European Casino Association. Their shares are quoted on the Tallinn Stock Exchange and the Warsaw Stock Exchange.

All OEG casino operators are socially responsible companies, warning their clients of the possible gambling risks.