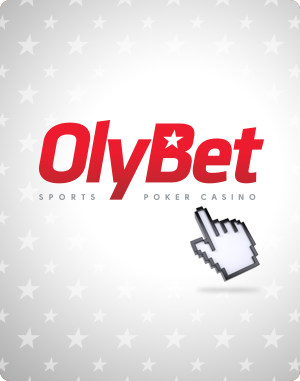 Today, on 1 August Olympic Casino Latvia is opening an internet casino Olybet, which offers a sports totalisator and interactive gambling games. Olympic Casino Latvia is the first operator of classical gambling games in Latvia which has obtained a licence for providing online casino and sports betting services in compliance with Latvian legislation.

The Olybet internet casino is available at http://www.olybet.lv, where visitors are offered a sports totalisator, a classical casino and gaming machines online, as well as poker and poker tournaments. With the opening of Olybet, Olympic Casino Latvia has become the first and currently the only organiser of legal interactive poker in the territory of Latvia.

Arnis Marcinkēvičs, Advisor of the Latvian Gaming Business Association: “This event is very significant for the entire industry of gambling games, as finally Latvian residents will have an opportunity to receive a full range of legal gambling services on the internet. Up to now only the totalisator services were legally available. The new service of Olympic Casino Latvia will allow different types of games to be enjoyed. An important aspect of this event is the safety of the players. People have to take into account that by choosing illegal internet gambling games they are completely unprotected and nobody guarantees that they will receive the service they have chosen. Despite the fact that changes in the legislation aimed at restricting the offer of illegal gambling games in the territory of Latvia are still on the way, I hope that Olympic Casino Latvia will show with its example that it is possible to operate legally – paying all taxes and providing safety to clients.”

Olybet – the widest chain of licensed online casinos in the Baltics

Olybet clients will be offered wide and various opportunities for betting at a sports totalisator in the Baltic region, with the possibility of betting on sports games, events in politics and other fields worldwide. The online casino is an opportunity to play roulette, blackjack, at poker tables, gaming machines, instant lottery and other games online.

The Poker Room of the online casino will function in the Microgaming network, which is one of the leading in the world with a large number of players, a wide offer of tournaments and considerable prize funds. Fans of Texas Hold’em, Omaha, 7 Card Stud, 5 Card Stud, Razz, 5 Card Draw and fast poker will also find their appropriate tournaments and cash table games. At the poker tables one will be able to meet players of various levels of skills from different countries.

Journalists are invited to attend the Olybet internet casino opening ceremony on Friday, 23 August 2013, at 20:00 in the premises of Olympic Voodoo Casino at Elizabetes iela 55.

Olympic Casino Latvia (OCL) is a subsidiary company of the Estonian Olympic Entertainment Group and the second biggest casino operator in Latvia.

As of 31 December 2012, OCL had 676 gaming machines and 24 gambling tables. In 2012 OCL turnover reached LVL 21.723 million, which is 14.1% more than in 2011. The OCL market share according to net turnover was 21% last year. Olympic Casino Latvia is a socially responsible company, the operation of which is evaluated by including it in the so-called White List of the State Revenue Service.

Olympic Entertainment Group (OEG) is the leading organiser of gambling games in Central Europe, which operates in the Latvian, Lithuanian, Estonian, Polish, Slovakian, Belarusian and Italian markets, employing over 2500 persons. OEG is a member of the European Casino Association. OEG stocks are quoted in the main lists of the Tallinn and Warsaw Stock Exchanges.

All casino operators of Olympic Entertainment Group are socially responsible companies, which warn their clients about possible gambling risks.